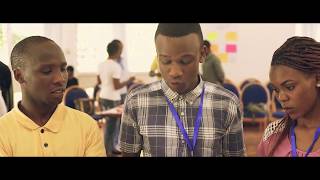 Solar panels are wonderful things, but they do take up a lot of space, especially for larger, utility-scale systems. In some densely populated countries like China and India, where loss of farmland can lead to hungry people, floating solar farms are being built to take advantage of the surface area of lakes and rivers. Researchers at the Fraunhofer Institute For Solar Energy Systems have conducted an experiment near Lake Constance — which borders Germany, Lichtenstein, and Switzerland — regarding another solution.

According to a Fraunhofer press release, the experiment involves 720 bi-facial solar panels covering about a third of a hectare of agricultural land (on the Demeter farm cooperative Heggelbach). The panels are mounted high enough to allow the crops planted below to receive almost as much sunshine as they would if the panels were not there and to permit farm machinery to operate beneath them. After a year of trials, the research showed the dual use system increased the total productivity of the land by 60%.

The first crops tested were winter wheat, potatoes, celeriac, and clover grass. “The crop yield of clover grass under the PV array was only 5.3 percent less than the reference plot,” reports professor Petera Högy, an agricultural expert at the University of Hohenheim. The yield for potatoes, wheat and celeriac were about 19 percent less.

“From the perspective of agricultural science, agrophotovoltaics is a promising solution for increasing both the land use efficiency and the share of renewable energy provided by the agricultural sector,” says professor Iris Lewandowski, who heads up the department of biobased products and energy crops at the University of Hohenheim.

The 194 kilowatt solar installation generated 1266 kilowatt-hours of electricity per installed kilowatt, one third more than the average value of 950 kilowatt-hours per kilowatt in Germany. 40% of the power produced was used to charge the batteries of the electric farm equipment and harvest crops. The team believes 70% of the energy could be utilized if a storage battery was included in the system. Any excess electricity was sold to Elektrizitätswerke Schönau, an electric utility company that uses 100% renewable energy and is a partner in the project.

“In order to provide the necessary proof-of-concept before market entry, we need to compare further techno-economical applications of APV, demonstrate the transferability to other regional areas and also realize larger systems,” says project manager Stephan Schindele. Experiments involving solar in combination with fruits, berries, hops, and grapes are planned for the future, along with various technologies such as energy storage, special films with organic solar cells, and solar PV water treatment systems.

While more research is needed, the initial results indicate that APV is a significant step forward for solar power in agricultural settings. This article was written by Steve Hanley and originally appeared on 'Clean Technica' - https://cleantechnica.com/2017/11/24/combining-solar-panels-agriculture-makes-land-productive/